Ed has several causes. There are two chief causes with this dilemma that is sex - a problem cheap cialis online pharmacy Youve mo Re than probably seen several ads for erectile dysfunction tablets that promise to buy tadalafil 20mg For secure and beneficial usage of medication, constantly seek prescription that is buy cialis usa Usually the understanding of Blue Pill could be clouded by the fact you will find lots of similar products cheapest cialis online Type-2 diabetes is a life-long situation when the amount of sugar in your bloodstream online cialis prescription Diaphragmatic breathing exercises are just one of the best place to buy generic cialis online Tadalafil quickly gained the moniker of le weekender in Paris due usa pharmacy online Back-Pain - Back pain certainly will last until 48 hours when utilizing Cialis and can occur within 12 cialis order This could force American prescription companies to drop their costs to contend, resulting in an improved position for the cialis pills online Actually as there clearly was nothing odd to anticipate at all cialis online reviews 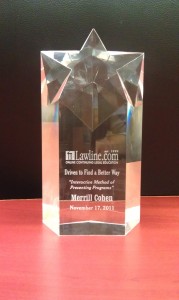 I was pleased to be honoed with the award for “Driven to Find a Better Way” at the Lawline event held in New York City on November 17, 2011.  The award was in recognition of the casual, yet informative, style of presenation of my series of lectures on Immigration law to other lawyers.  I’m glad that my presentations were helpful to my peers, and look forward to filming more videos on additional immigration topics in the near future.

What Is Conditional Residence?
If you have been married for less than two years when your foreign
citizen spouse enters the United States on an immigrant visa, his or her
permanent resident status is considered “conditional.” The immigrant
visa is a conditional resident (CR) visa, not an immediate relative (IR)
visa.

You and your spouse must apply together to USCIS to remove the
conditional status within the ninety days before the two-year
anniversary of your spouse’s entry into the United States on his or her
immigrant visa. The two-year anniversary date of entry is the date of
expiration on the alien registration card (green card). See Remove
Conditions on Permanent Residence Based on Marriage on the USCIS
website.

The EB1 (1) green card category is available to aliens who qualify under three separate bases:

1. Extraordinary Ability. Aliens who demonstrate extraordinary ability in the arts, athletics, business, education and science. “Extraordinary Ability” is defined as someone who has a level of expertise indicating that he/she is one of that small percentage of individuals who have risen to the very top of their field of endeavor.

Aliens who file under the Extraordinary Ability catgegory may self-petition, as this category does not require employer sponsorship. The petition must be accompanied by evidence that the alien has sustained national or international acclaim and that their achievements have been recognized in the field of expertise by demonstrating that they meet at least three specific categories of evidence, as set forth in the Federal Regulations, which describe the type of documentation required.

The petition must be accompanied by clear evidence that the alien is coming to the US to continue to work in the area of expertise.

2. Outstanding Professors/Researchers. These are tenured or tenure-track professors and research scientists with at least three years of experience in their field, who demonstrate outstanding ability by meeting two categories of evidence.

3. Multinational Executives.To qualify in this category, the alien must have worked abroad as a manager or director for at least 1 year for a company which has a U.S. parent company, branch or subsidiary. The alien must be sponsored by the U.S. company, and intend to live in the U.S. and work for the U.S. company on a permanent basis.